Thinking about a visit?

Message From Our Pastor

Where Is Life Taking You

How Should I Dress 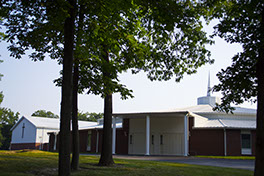 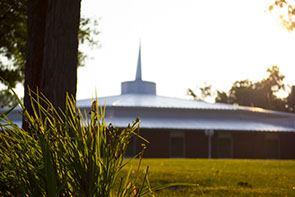 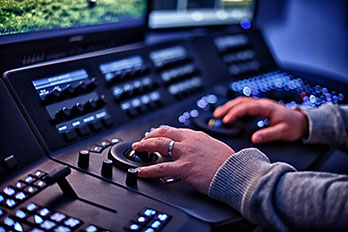 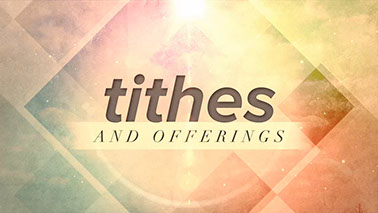 But this I say, He which soweth sparingly shall reap also sparingly; and he which soweth bountifully shall reap also bountifully. Every man according as he purposeth in his heart, so let him give; not grudgingly, or of necessity: for God loveth a cheerful giver. And God is able to make all grace abound toward you; that ye, always having all sufficiency in all things, may abound to every good work: 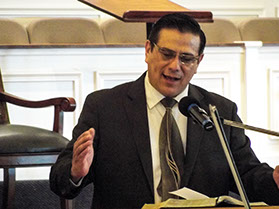 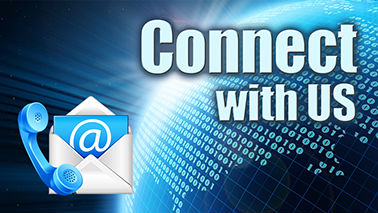 We believe the Bible to be the Word of God; written by men who were moved by the Holy Spirit so that their writings were supernaturally and verbally inspired, infallible, and inerrant. They are the final rule of faith and practice. We further believe that God's perfect word is preserved in the Textus Receptus, from which the King James Bible is correctly translated.

The Sovereignty of God

We believe in one God manifested in three persons: God the Father, God the Son, and God the Holy Spirit; that our God is sovereign in all ways and in all things.

We believe in Jesus Christ who is God the son. We believe that He was pre-existent with the Father, begotten by the Holy Spirit and born of the virgin Mary thus becoming God in the flesh; sinless in His nature and life, infallible in His teaching, making atonement for the sins of the world by his substitutionary death on the cross. We believe in His bodily resurrection, His ascension into Heaven, His perpetual intercession for believers, His glorious and pre-tribulation return for His saints both dead and alive, and His eternal position as King of kings and Lord of lords.

We believe in the deity and personage of the Holy Spirit. We believe that He came from the Father to convince and convict of sin, righteousness, and judgement; and to regenerate, sanctify, indwell, comfort, and empower those who are truly saved.

We believe in the reality and person of Satan; his fallen state and his eternal damnation.

We believe that sin is anything contrary to the will, the desire, or the decree of God, both named and unnamed in Scripture. We believe that man was created in the image of God, but fell through sin. With this sin came physical death and separation from God. We believe that this sin nature was passed on to all mankind and that there are none righteous apart from Salvation in Christ. We further believe in a literal, eternal Hell for those who die in this sinful state, not having been redeemed by the blood of Christ.

We believe that the Lord Jesus Christ died for our sins, according to the Scriptures as a substitutionary sacrifice and that all who, by faith, receive Him as personal Saviour, asking His forgiveness for sin, are justified because of His shed blood on Calvary and His resurrection from the dead and are born again by the Holy Spirit, thereby becoming the children of God.

We believe in the eternal security of the believer, that is to say "once saved always saved".

We believe in the physical, personal, and visible return of Jesus Christ; that this will happen before the Tribulation which precedes the Millennium; that at this event, the dead in Christ shall be bodily raised from the dead; then we believers who are alive and remain shall be caught up to meet the Lord in the air and so shall we ever be with Him. We further believe in His return after the Tribulation; this time with His saints to rule during the Millennium.

We believe that deviation from the above doctrines constitutes apostasy; also participation in the ecumenical movement or the modern tongues movement. All forms of liberalism constitute apostasy. We accept the fact of divine healing, but reject the modern concept of divine healers. We list the following as cults: Mormonism, Jehovah Witnesses, Christian Science, Seventh Day Adventist, Armstrongism (World Wide Church of God) and all Eastern religions claiming a Biblical base.

We believe that human life begins at conception and that the unborn child is a living human being.   Abortion constitutes the unjustified, unexcused taking of unborn human life. Abortion is murder. We reject any teaching that abortions of pregnancies due to rape, incest, birth defects, gender selection, birth control or population control, or the mental well being of the mother are acceptable.

Thinking about a visit?

How Should I Dress

Where Is Life Taking You